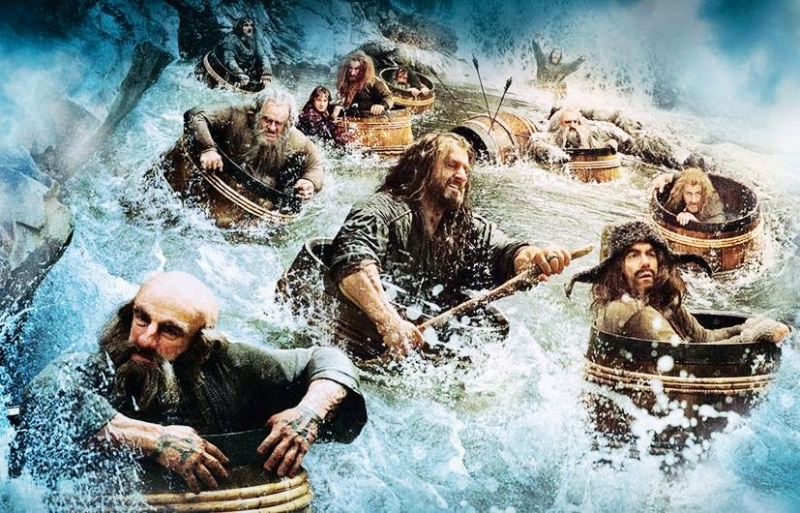 Peter Jackson is in love with special effects. I know – it shouldn’t come as a surprise to me when we’re talking about the man who started out by doing gory splatter films and decided to spend his newfound director stardom on yet another remake of King Kong. But man, it does get tiresome in The Hobbit: The Desolation of Smaug.

Of course, effects is and must be tremendously important in a film trying to recreate Tolkien’s world. The problem comes from how the spectacle takes centre stage here, actively hurting the experience. The movie shoves tedious chase sequences or battle scenes in your face frequently and repeatedly, scenes so long I have lost interest in what’s going on well before they’ve reached their conclusion. They’re drenched in CGI effects allowing for stunts so unrealistic I quickly lose my suspension of disbelief, and all the tension is lost.

Even if Jackson hadn’t torpedoed himself this way, the stakes are low to non-existent because the premise of these scenes are rarely about anything else except the characters’ physical safety – and I’m pretty sure they’ll be OK. It becomes a roller-coaster ride you watch others experience.

There’s a big difference between the adaptions of the Lord of the Rings trilogy and the Hobbit movies. For Lord of the Rings Jackson had to edit down three extensive novels into three movies. This guided him to choose wisely what to portray in the movies, enforcing rather tight, economical storytelling. With The Hobbit he was allowed to expand a single (rather simple) novel into three long movies.

The result tells us that the man needs an editor, badly.

Padding the story by borrowing material from the Silmarillion (and, I guess, quite a lot from Jackson himself) fragments it with endless uninteresting subplots that fail to create a cohesive whole, seemingly disconnected from a main premise that in itself doesn’t feel important.

Unlike the Lord of the Rings books, The Hobbit – the novel – simply doesn’t have what it takes to frame the epic saga of good versus evil that Jackson has envisioned for his new trilogy. It’s simply a nice little story, and that’s good and plenty if you make an adaption respecting that. But the films wear the clothes of an epic without ever truly being epic. They’re just long. They don’t seem to know what they want to say, but use a lot of words to say it.

If he would only have allowed it to be Bilbo’s adventure and no more. 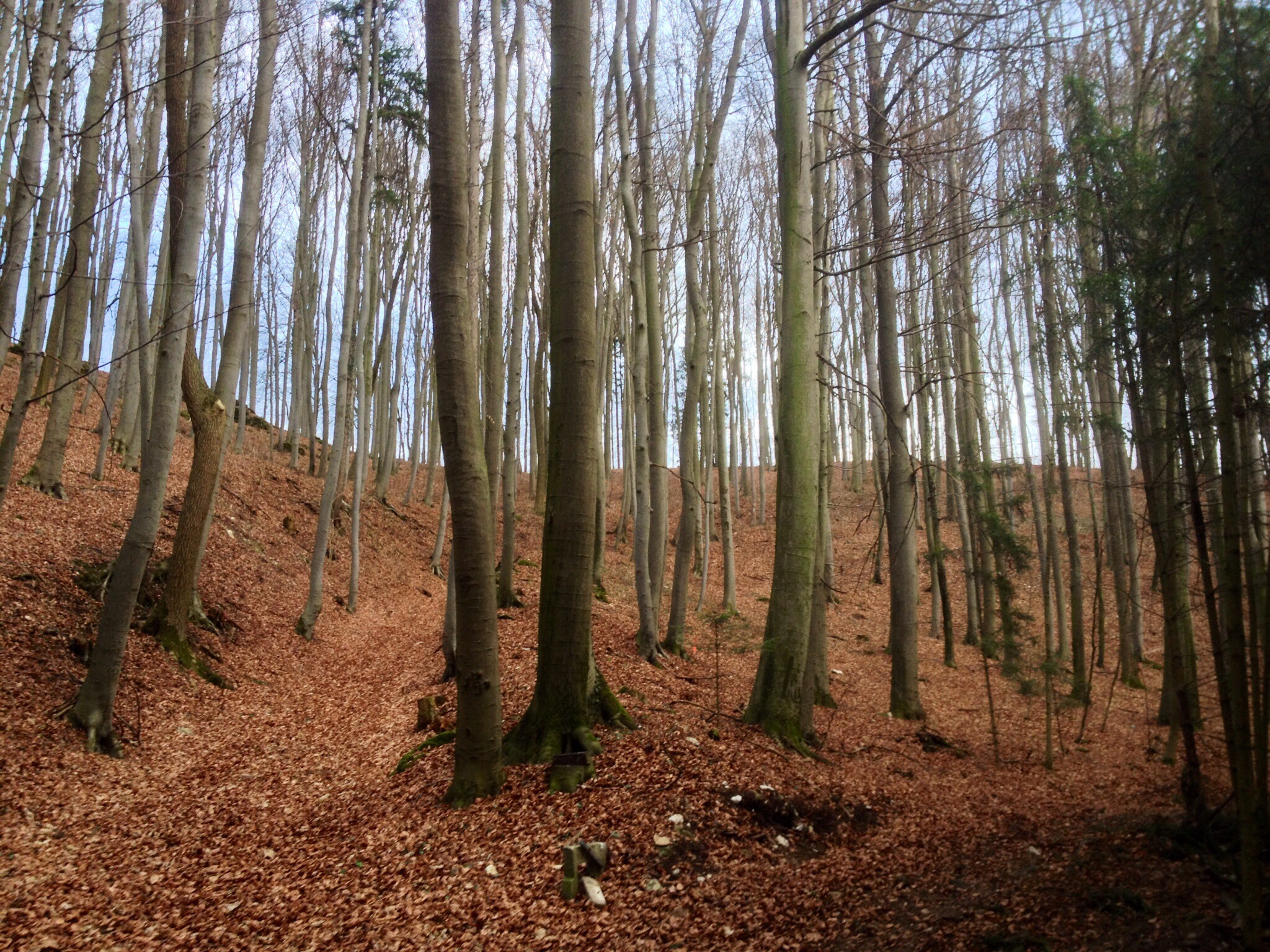 On Christmas day we took a walk through a Bavarian forest. It was a beautiful, clear day. The fallen leaves seemed like a coat, formed through an alchemy between old gold and new blood, gently placed between silver trunks. 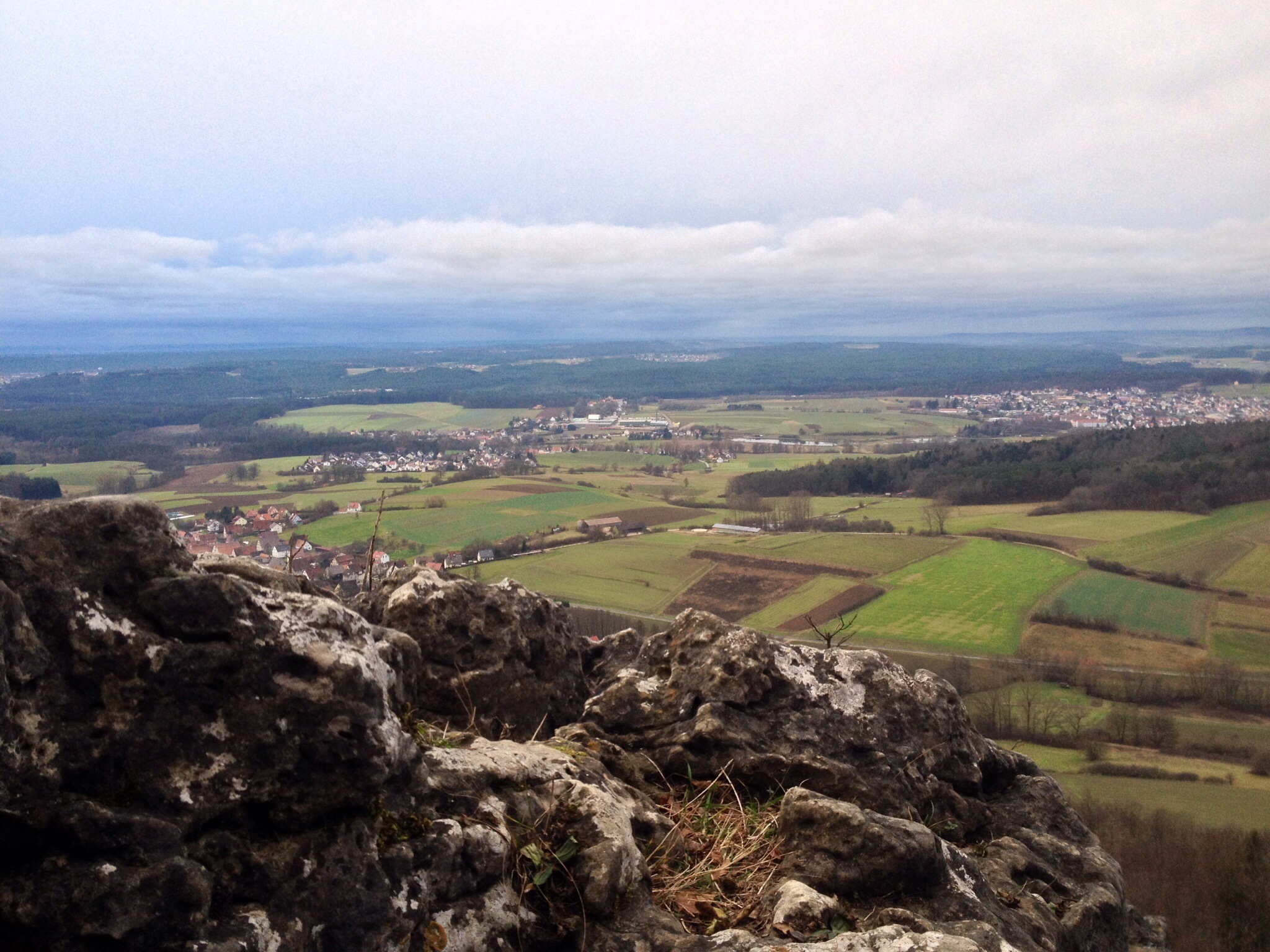 We climbed a mountain. Beneath us were Bavaria’s countless fields and forests. Villages seemed to exist only in the cracks in-between, filling the small gaps no field or forest had yet claimed. 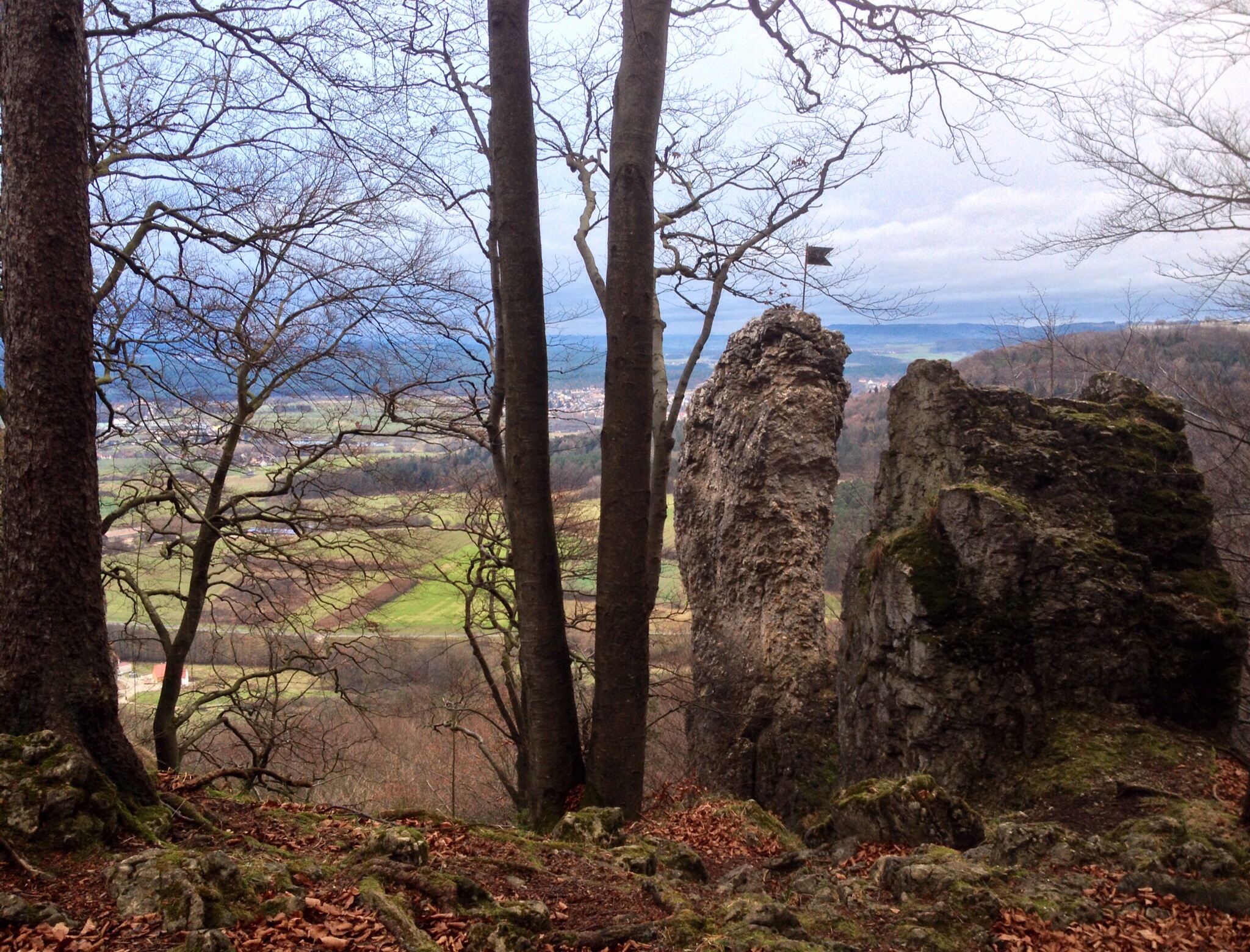 On top of the mountain, overlooking the villages, loomed crooked white cliffs. There they stood, watching generation after generation of the loved and the unloved fade in and fade out. Watching us.

There’s a special kind of madness originating from the Steam Christmas sale.

Tons of games suddenly become so cheap that it feels like sheer stupidity not to buy them. As long as one might find something interesting about a title, it will be bought. Why not? You might want to play it later, on a rainy Sunday afternoon or during a boring trip somewhere. And if there’s nothing special about the game, rest assured it’s part of some package, a collection of games so incredibly cheap it would be criminal to ignore.

If you are anything like me, your Steam list is cluttered by games never played, never installed and some you don’t even remember. Perhaps this seems like a luxury to the average gamer. You’ll never run out of games to play. Yeah, that sounds pretty great. To me, however, it’s stressful just to look at the list at this point.

Know this about game designers – they need to play games. They seek deeper understanding of mechanics, attempt to be on top of trends, and have a general overview of the competition. There’s always the notion of not playing enough games, of not getting enough insight into what others are making. Having a long list of games you’ve bought but never played whispers in your ear, each time you’re glancing at it, “you’re not doing enough research, buddy”.

I had a solution this Christmas. I never even looked at Steam. How will they sell me games if I put my fingers in my ears and shout “la-la-la-la-la I’m not listening”? This, surely, is a problem Valve will have figured out for Christmas 2014. They always do. 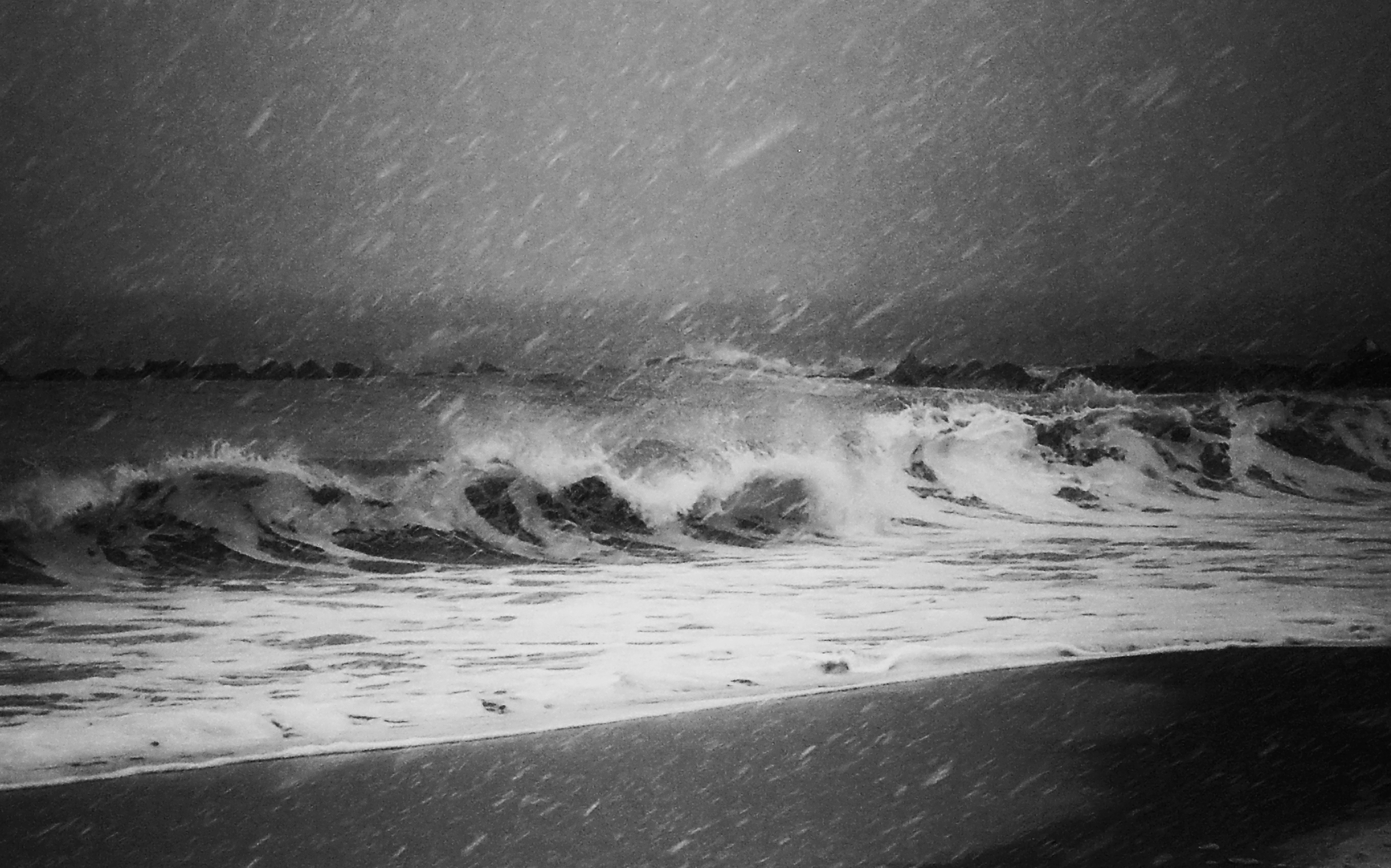 Winter. Like a bully she elbows her way into my life each year, her brutish stride destroying so many of the things I find pleasant. She turns my world monochrome, dark and cold, and I am once again left without any options but to curse her. And I curse her – over and over again – for Winter’s stay is far too long here in the north, and I grow increasingly sick of her presence with each passing year. Sweden, I ask myself, why the hell do I live in Sweden?

Many Swedes tend to talk about their love of Winter, but these people are deluded. They are her victims, suffering from Stockholm Syndrome, and they cannot be argued with. Yeah, skiing is pretty nice, but I can’t see any ski boots on your feet.  True, the snow can be beautiful, but once we leave the office it’s already far too dark to see. Indeed, Winter makes us appreciate Summer more, but like a disease makes us long for health I’d still prefer to stay healthy.

I wish I didn’t hate you, Winter, but you are misery.

Here’s a great idea for a movie website. Ask interesting, influential, creative or just plain crazy people to write about the three movies that have affected their lives the most. Let each person write with passion, nostalgia, joy or detachment – however they want, in the light and in the mood of their choosing.

Keep publishing text after text, until you’ve composed a library of perspectives on movies you know and love, movies you’ve never heard of but must see, and movies hated by critics and audiences yet adored and treasured by the writer.

What you get is the site Tre Filmer. Yes, it is in Swedish – a wonderful language you must master if you are ever to become anything in life, kiddo – and edited by my fiancée Lena Ostermann.